All to often over the course of our careers we’ve seen it. We walk into a mechanical room of a home take one look at the heating and cooling system recently installed and wonder “How in the world did the person who installed this unit ever get a contractors license?!” The flue leaks, the ducts leak, there are gaps you could drive your service truck through in the plenums. The secondary drain is hooked up to the primary pipe, the TXV bulb is just loosely attached to the suction line, and not insulated at that. Instead of any plenum at all there is just a round pipe dovetailed into the plate that came with the furnace to protect the heat exchanger during transit. All things that to the untrained eye look like nothing is amiss, but to the quality HVAC installer who actually takes pride in his work it looks like a train wreck. 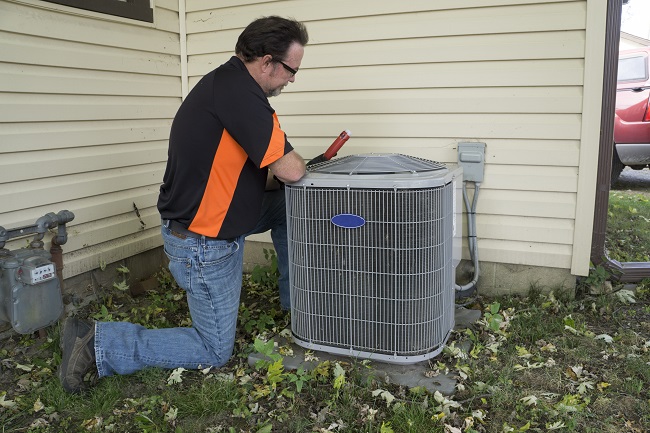 In this industry these words have never been more true: You get what you pay for. Unfortunately even the smallest and simplest HVAC installs are not what one would call cheap. And just because something may not be cheap does not mean it’s a rip off. Quite the opposite. If “Blow and Go HVAC Company” quotes you a price that’s substantially cheaper than any other quote received chances are he’s not the best contractor for the job. It’s OK to get multiple quotes from multiple companies. That way you can see, who is trying to overcharge you and who is trying to under charge you. A good honest contractor will tell you his number with confidence because he knows that’s the amount it will take to put in a good system the customer can rely on, and a job that can actually net him some cash flow, after all he is a highly skilled tradesmen and deserves to be compensated for a job well done.

All of your quotes should be in the same general ballpark as far as the bottom number. As well a good contractor will have no problems telling you in detail exactly how he got to his number and what exactly his scope of work is. Say you get five quotes, three are within $500 of each other, one is $1000 less than the next lowest and one is $1000 more than the next highest, the two outliers should be stayed away from. Yes that cheap one may look appealing, but we have a saying in the trades,”The bitterness of poor quality remains long after the sweetness of a low price wears off.” And remember even if you don’t have any idea what all the things listed previously are or how to look for them it’s still not hard to see if an install was poor or not. A new HVAC system should be as neatly installed as it is efficient. If it at least looks neat and clean your off to a good start.

In conclusion, it is OK to have more than one contractor give you a quote, that’s just the markets way of policing itself. Just because the quote is cheapest doesn’t mean it’s the best value. If your not an HVAC pro just go with your gut, if somebody looks like they don’t know what they are doing they probably don’t. And most of all any contractor worth his weight in copper will be patient with the homeowner and make sure they fully understand what it is they are paying for before ANY work is performed, including demo of the old unit.